Opportunity for the youth: In 2021, more than 13 thousand policemen will be recruited every year.

Minister of State for Home Pradipsinh Jadeja gave information: The use of technology in the police system will be increased

In the meeting of the Advisory Committee of the MLA Housing Committee of Police Housing, Border Security, Civil Defense, Gram Rakshak Dal, Jail, Narcotics Excise, Non-Resident Gujarati Division, Minister Jadeja suggested to improve the law and order situation of all the MLAs.

Pradipsinh Jadeja said that while the police and the Home Department were working as a team to maintain law and order situation in the state, the state government was also moving ahead with manpower, skill upgradation, infrastructure upgradation and increasing use of technology. 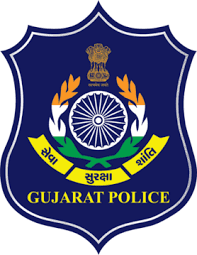 Jadeja further said that work on the Conviction Improvement Project is also in progress to increase the conviction rate in the state.  It is planned to provide guidance for 24-hour investigation.  Provision has been made to appoint a retired police officer as a persuasive officer.  Under this project, separate rooms for investigation, call center, training facilities for police personnel will be provided in a more comprehensive manner under the coordination of Rakshasakti University for drafting.

At the meeting, suggestions were made by the MLAs to intensify police operations with regard to harassment of anti-social elements to protect poor families from usurpers, establishment, new police stations, vehicles, enforcement of narcotics laws.

The consultation meeting was attended by Director General of Police Ashish Bhatia, Home Department and NRG.  Top officials of the department were present and provided necessary details.