Cancer is the second leading cause of death in humans worldwide 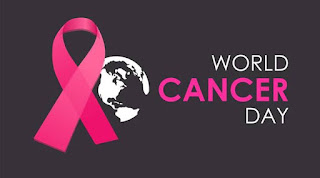 The number of cancer cases in the countries concerned could increase by 81% by 2040.

At present, 76 lakh people die of cancer every year in the worl

Cancer is one of the leading causes of death in the world.  Cancer is a dangerous disease.  This is the fastest spreading disease in the body's cells.  This proves fatal when it spreads to the tissues of damaged cells.

There are 250 types of cancer in the human body

Lung, oral cancer, prostate cancer are more common in men and breast, lung and cervical cancer in women.  There are more than 200 types of cancer in the human body.

Causes and symptoms of cancer

Tobacco-alcohol consumption, smoking, diet, obesity, inherited infectious diseases are the main causes of cervical cancer.  Persistent weight loss, change in voice, swelling or lump in the breast (lump in the armpit), lump in the throat, ulcer in the mouth, loss of appetite, bleeding from the anus without pain, difficulty in swallowing food or water, changes in skin size, menopause  Then vaginal bleeding is a symptom of all cancers.  Cancer treatment is now effective.  Early diagnosis and treatment can eradicate it.

There are 250 types of cancer in the human body.  The body's cells are regularly controlled, divided into phases, but the cells escape control and divide irregularly to form tumors in the body called cancerous tumors.  If stopped, it can spread to other parts of the body.  It can affect the digestive system, the nervous system, the circulatory system, mainly spreading through blood vessels or lymph glands.

There are two types of tumors.  (1) simple tumor (2) cancerous tumor.

According to the World Health Organization, less than one-third of all deaths due to cancer are due to underweight, under-consumption of fruits and vegetables, lack of exercise and tobacco and alcohol consumption.

Tobacco contains a highly addictive substance called nicotine. Nicotine gives a lot of pleasure for a while but in the long run it affects your heart, lungs, stomach as well as your nerves.

India has the highest incidence of oral cancer in the world due to tobacco.

More than 90 percent of lung cancers and other lung diseases are caused by smoking.

Tobacco smoking is responsible for 82% of chronic obstructive pulmonary disease in India.

Tobacco indirectly damages the lungs.  TB is almost three times more common in permanent smokers.  The more cigarettes or bidis you smoke, the higher the TB rate among smokers.

It also reduces blood flow to the legs and causes gangrene in the legs.

Tobacco damages the walls of arteries throughout the body.

Smoking also causes health problems (due to secondhand smoking) for children and other members of the family.  Even if a person who smokes two packs of cigarettes a day does not smoke, he or she smokes as much as three cigarettes a day, depending on the amount of nicotine in the urine.

It has also been found that smoking and tobacco use increase the risk of diabetes.

Tobacco lowers the amount of good cholesterol in the body.