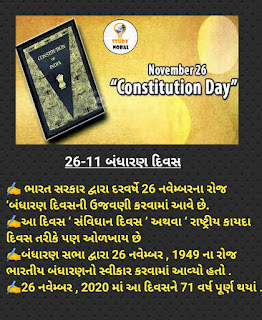 This quiz can be played till 12 noon on the 6th.

Any student, teachers, professors, principals and parents can increase the knowledge power by giving this quiz. 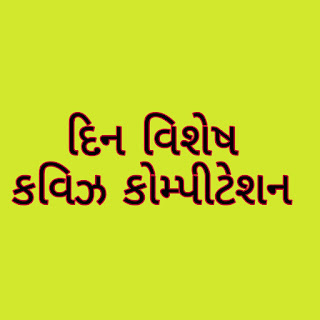 Vallabhbhai Zaverbhai Patel was born at his uncle's house in Nadiad - Gujarat.  His actual date of birth was never recorded but he had written October 31 as his date of birth in his matriculation examination paper. He was the fourth son of Hindu father Zaverbhai and mother Ladba.  He lived in Karamsad village of Kheda district where his father Zaverbhai had a farm.  Somabhai, Narasimhabhai and Vitthalbhai (who also went on to become politicians) were his elder brothers.  He had a younger brother - Kashibhai as well as a younger sister - Dahiba.  As a child, Vallabhbhai helped his father on the farm and fasted once every two months in which he did not eat or drink.  At the age of 18, he got married to Zaverba, aged 18 or 19, living in a nearby village.  Subject to custom, the wife lived in her father's house until the husband could take over the responsibility of running the house by earning

Sardar Vallabhbhai Patel, who played an important role in our Lok Ladila and freedom movement, was born on October 31, 1875 in the house of an ordinary farmer in Nadiad, Gujarat.  His parents were very religious.  Vallabhbhai took his education in Gujarati only.

He returned to India in 1913 after getting a law degree

Influenced by Gandhiji, he joined the freedom movement.Gandhiji and Sardar Vallabhbhai's relationship was like that of Guru-Shishya.

Vallabhbhai had to go to Nadiad, Petlad and Borsad to complete his schooling where he lived independently with other boys.  He developed his famous austere temperament - according to a folktale, he broke a boil that had befallen him without any hesitation, which made even the barber tremble.  When Vallabhbhai passed the matriculation examination at the age of 7, his parents did not recognize him as an ambitious person but believed that he would do a simple job or business.  But Vallabhbhai had his own plan - to study law, save money by working, and become a barrister in England.  Vallabhbhai, separated from his family for years and asked for books from other lawyers, studied in his own way and passed the examination in two years.  Bringing Zaverba from his pier, he started his domestic life in Godhra and enrolled in the bar (bar) there.  In the many years it took him to save money, he gained a reputation as an intense and skilled lawyer.  His wife Zaverba gave birth to two children - Maniben in 1908 and Dahyabhai in 1908.  Vallabhbhai also took care of a friend of his during the bubonic plague in Gujarat, but when he contracted the disease, he immediately sent his family to a safe place and left the house and went to an empty house in Nadiad.  Spent in a ruined temple) where he slowly recovered..7

Vallabhbhai, while practicing law in Godhra, Borsad and Anand, also took up the financial responsibility of his Karamsad-based farm.  When he collected enough money to go to England to study, he booked a license to go there as well as a ticket which was his V.  J.  Patel's short name came to his elder brother Vitthalbhai Patel.  Vitthalbhai also had plans to go to England to study and so he rebuked his younger brother Vallabhbhai saying that it would not be good for the elder brother to go after the younger brother and then Vallabhbhai let his elder brother go in his place keeping in view the family's reputation in the society.  He took care of his older brother's expenses in England and also started saving for his goal.