n December 4, 1971, the Indian Navy launched Operation Trident.  Meanwhile, the Bangladesh Liberation War was going on and India dropped heavy bombs on the Pakistani port of Karachi.  The port of Karachi was badly damaged.  It is said that, due to the success of this campaign, Indian Navy Day is celebrated on 4th December.

During the liberation of Bangladesh, in the 1971 war, all the three armies of India threw their full strength into it.  Meanwhile, the Indian Navy also buried Pakistan's submarine Ghazi submarine in the water.  In this power, the Indian warship INS-Vikrant played a major role.

Was called.  It was later renamed 'The Bombay Marine'.  During the First World War, the navy was named 'Royal Indian Marine'.

India became a republic on 26 January 1950 and on this day the Indian Navy renounced 'Royal' from its name.

At that time the Indian Navy had 32 naval vessels and about 11000 officers and sailors.  When India became independent on 15 August 1947, there was an old warship in the Indian Navy.  INS 'Vikrant' was the first warship of the Indian Navy.  Who enlisted in the army in 1961.  INS Virat was then incorporated in 1986

Today, the Indian Navy has a fleet of patrol-powered submarines, destroyers, frigates, corvettes, training vessels, ocean and coastal mine cleavers (minesweepers) and many more.

In addwition, the Indian Navy's aviation service began with the involvement of INS Garuda in Kochi.

INS 'Hans' was involved in the repair and maintenance of jets in Coimbatore.

The Indian Navy has played a significant role in a number of major operations in the waters.  Most notably, in 1961, the navy helped the army liberate Goa from the when the war broke out between India and Pakistan in 1971, the navy proved its usefulness.  The Indian Navy participated in various peacekeeping operations by the United Nations, including the Indian Army, in addition to guarding the country's borders.  The UN action in Somalia was part of this.  Taking an early step towards building its own texture, the Indian Ministry of Defense took over the port of Mazgaon in Mumbai in 1960 and the Ba Gardb Reach Workshop (GRSE) in Calcutta (Kolkata).  The Indian Navy is currently headquartered in New Delhi and is under the control of the Chief of Naval Staff, Admiral.

The Indian Navy launched the INS Imphal in April 2019 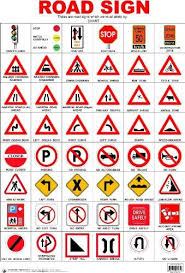