Quiz Competition 40 up student automatically  Send his certificate on his Email address. 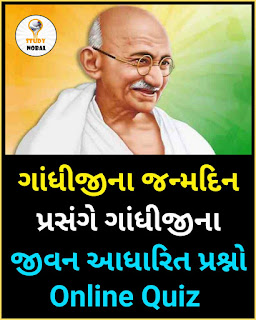 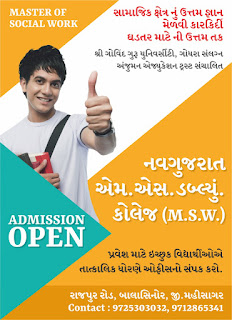 Gandhiji (October, 1869 to January, 1948) Mohandas Karamchand Gandhi (Gandhiji) was born on October 2, 1869 at Porbandar in Saurashtra and became known as the Father of the Nation and Mahatma Gandhi.  Was the foremost leader.  After completing primary and secondary education in Saurashtra, he went to England and became a barrister.  He then spent about 22-23 years (1892-1914) in South Africa, including occasional arrival in India.  During his advocacy, Gandhiji had a bitter experience of the gross injustices done to the Hindus by the white government of South Africa, the discrimination against them and the additional unjust taxes imposed on them.  With the cooperation of the people against him, Gandhiji took up the tremendous fight of Satyagraha and succeeded in it.  As a result, the South African government was forced to abolish injustice, discrimination and additional taxes on Hindus.  Thus, Gandhiji first successfully experimented with his philosophy of satyagraha and non-violence in South Africa, which was later widely implemented in India to gain Indian independence.  Gandhiji returned to India in January, 1915 and established the first ashram in Ahmedabad in the Kocharab-Paldi area and then on the Sabartami coast, which later became known as Sabarmati or Harijan Ashram.  Gandhiji traveled all over India for a year and studied the situation.  Gandhiji waged a non-violent jihad against the contract recruitment and exploitation of Indian laborers in the British colonies (1916).

The appointment of a Simon Commission (1927) made up of all whites was revived.  Under the guidance of Rakhto Gandhiji, the peasants staged a satyagraha, the settlement of which led to the government insisting on collecting full revenue even though the crop failed in Santu or Patti, where Gandhi met Vallabhbhai Patel as the leader (1917).  The above creative activities gained momentum in 2 seed areas.  Thus the national consciousness faded after the Congress suspended the real non-cooperation movement. That year, Gandhiji had to take the lead in the strike of textile mill workers from Ahmedabad.  Finally, after a 2-day strike, the strike came to a happy end as they agreed to pay wages to the workers as demanded by Gandhiji (1918).  With these four successful satyagrahas, Gandhiji rose to fame as the universal leader of India.  When Gokhale and Feroze Shah Mehta died in 1915 and Lokmanya Tilak died in 1920 (August), Gandhiji was accepted as the supreme leader of the Congress and Hind.  In the First World War (1914-1918), Gandhiji provided good assistance to the British Government.  In return, he expected the government to give good reforms to India, but as soon as the First World War ended, the government enacted unjust laws like Rowlett (1918-19) and the Jallianwala Bagh massacre (1919).  Thus Gandhiji became a staunch opponent of the British government and he started a non-cooperation movement (1920-21) against the government to get a home state.  In this he got the cooperation of all sections of India.  Due to the question of caliphate, he also got the temporary support of Muslims in this movement.  Gandhiji felt that not only the political consciousness of the people was sufficient to achieve and sustain self-government, but for that their economic autonomy, social progress and educational advancement were also essential.  He therefore urged the workers and people to promote constructive activities such as khadi production, prevention of untouchability, ban on alcohol, Hindu-Muslim unity, Swadeshi, women's upliftment, national education etc. during the non-cooperation movement and after the government boycott.  After Gandhiji postponed the non-cooperation movement due to the Chaurachauri incident (February, 1922), Gandhiji became a representative of the people, especially in the rural sense.

The Congress did good governance in eight provinces (1937-39) and at the request of Gandhiji's philosophy Gandhiji, the people strongly opposed the commission through rallies, processions, demonstrations, strikes, etc.  Thus political awareness became widespread.  The following successful Bardoli Satyagraha (1928) led by Sardar Vallabhbhai Patel added to this.  During 1928-29, the revolutionary activities of Bhagat Singh, Rajguru, Sukhdev, Chandrasekhar Azad, Suryasen, Jatindas etc. spread extreme nationalism.  Moreover, the government rejected the liberal recommendations of the Nehru Committee and accepted the counter-recommendations of the Simon Commission.  Due to all these circumstances, in accordance with the resolution of the Lahore meeting of the Congress, Gandhiji started the Mitha-Satyagraha (civil disobedience) by removing the salt from the salt agar of Dandi in April, 1930 in violation of the government law.  The fight intensified with government boycotts, picketing at Nakar, liquor and foreign textile shops, creative programs, etc.  The famous Satyagraha of Dharasana and Wadala took place.  With the signing of the Gandhi-Irwin Agreement in March 1931, Gandhi postponed the fight and attended the second Round Table Conference (September, 1931) in London as the only Congress delegate to discuss the form of India's future constitution.  Gandhiji vehemently opposed the separate communal constituencies designated for various classes and comos and especially for the untouchables as a great threat to national unity, but failed to change them and he returned to India in despair and started another phase of civil disobedience struggle (1931-32).  Did.  The government arrested him and resorted to heavy repression, resulting in a slowdown in the fighting, but it had a far-reaching effect on the masses and accelerated Gandhiji's overall national upliftment program as well as the process of self-government.  With the government giving a separate constituency to the untouchables through a communal judgment (1932), Gandhiji started a fast-unto-death against him at the Yerawada Jail in Poona, Congress-leaders and Dr.  With the Poona Agreement between Ambedkar, the separate communal constituency of the untouchables was abolished.  This gave impetus to Gandhiji's untouchability prevention and other creative activities.  According to the Hind-Dhara of 935, with some exceptions, Hind became a provincial self-government.