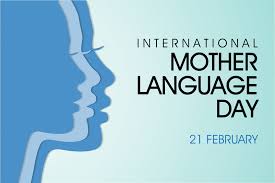 World Mother Language Day is celebrated on 21st February every year worldwide to preserve mother tongue in countries around the world.  In November 1999, UNESCO decided to celebrate the mother tongue.  Celebrated every year since February, 2000.  The main purpose behind this is to respect the diversity of language and culture and to promote multilingualism.  UNESCO has identified more than 7000 languages ​​from different countries which are used for writing, reading or speaking.

Why February 21 is Mother Language Day.

The announcement was accepted by the people of West Pakistan but not by the people of East Pakistan as the main language of the people was Bengali. These people were not willing to give up their mother tongue and accept Urdu at any cost, which led to a fierce protest on 21 February 1952 by students of Dhanka University.  The agitation against the government was aimed at preserving the existence of their mother tongue and giving official status to the Bengali language, for which huge rallies were held, thousands joined the rally, the government sent police to crush the agitation, police charged batons and opened fire in which thousands were injured.  The students died.  Many people lost their lives in this movement but did not give up their love of mother tongue.

To pay tribute to the youth and students who were martyred in this language movement, UNESCO decided to celebrate February 21 as World Mother Language Day at the 1999 General Conference.

You would be surprised to know that Israel did not start teaching until seven years of independence because it did not have books in its own language.  Education began in seven years when all the scholars of Israel worked twenty-four hours a day, without taking a penny, to translate the English texts from around the world into Hebrew.

The children started learning in English so they forgot to read and write Gujarati.  'Language goes, culture goes' justifies endangering the existence of mother tongue as well as Indian culture

Our Gujarati poet has mentioned in his beautiful poetry that wherever a Gujarati lives, there is Gujarat forever..wherever Gujarati is spoken, there is Gurjari atmosphere .. !!

According to the 22nd edition of the World Language Database, English is the most spoken language, followed by Hindi.  Is

India has six of the 20 most spoken languages ​​in the world.

According to the 2011 census, Hindi is the most spoken language in India which is spoken by 57% of the population, followed by English, Bengali at number three, Marathi at number four, and Gujarati at number six.